On September 1, Auto Fire was demoed at the Seattle Indies Expo, a companion exhibition that took place near PAX West in Seattle.  It was an exciting time and an exciting place to be, where 25 local game developers showed their stuff in a chill environment where players could interact directly with creators. 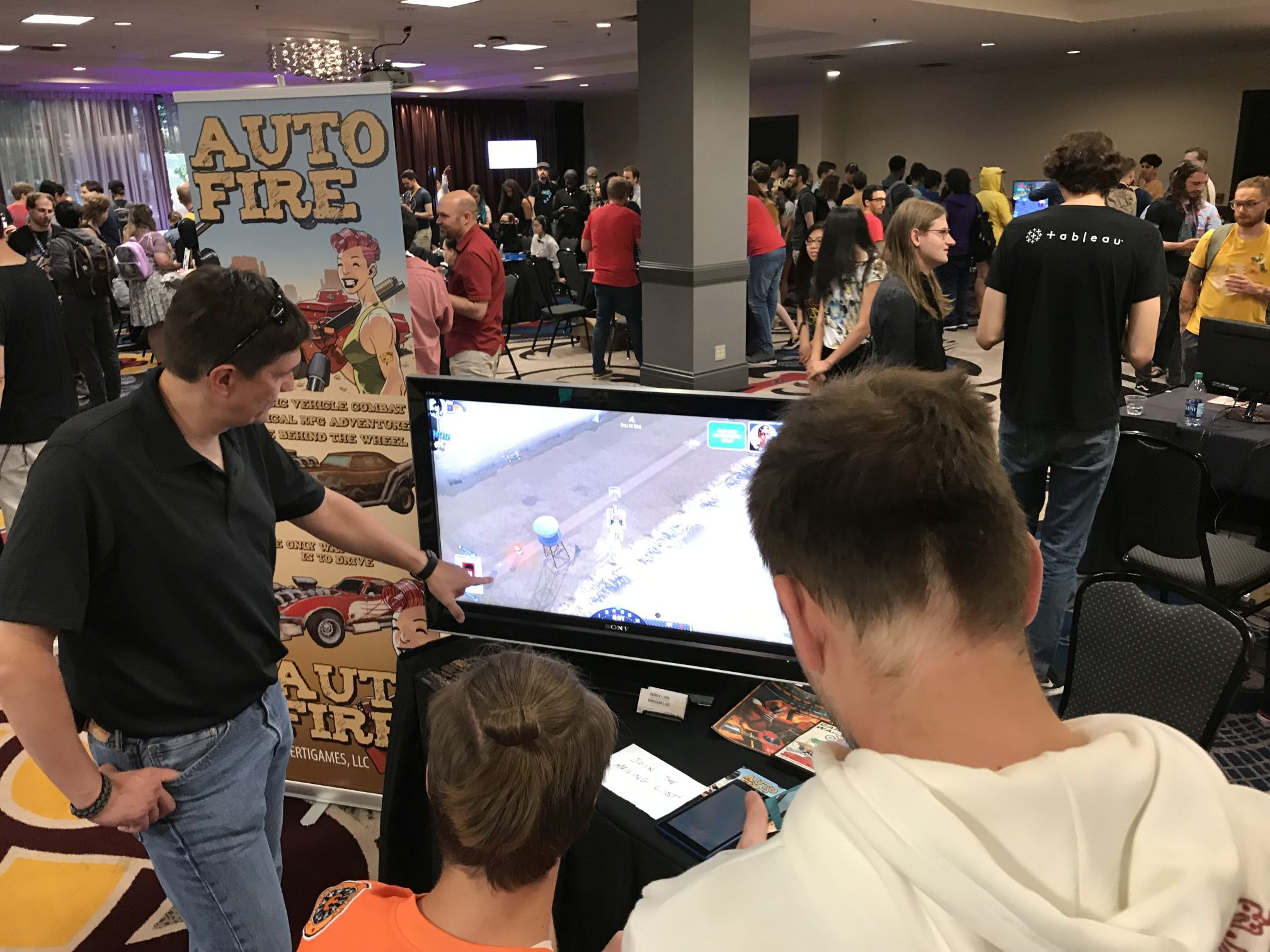 The good news for those of you who didn't make it out there is that there are a ton of updates that came in to make that demo play well, and you can now check them out!

You can download the newest gameplay (linked below) or check out this quick video showing some of the revised gameplay/gamepad experience: