A big update, worthy of a full point!  Auto Fire has had a lot of work put into it over the last month, not the least of it being the revised onboarding.  A lot of players' first experience with Auto Fire was tough, because there were some really dangerous enemies out there in the badlands, and you were just as likely to meet them while you were still trying out your training wheels as any other time.

In the spirit of making the game more playable and easier to understand, there's now an intro that eases you into things a bit... and sets up the conflict against your (generated) rival down the road!  Clear out those bandits and get back to civilization!

The game also tailors that early experience when you're stuck with a couple of junkthrowers and not a lot else, to some less potent enemies.  Pick up some loot, head to the garage, and upgrade!

In addition, the player can now customize their character more fully upon startup.  You can choose your portrait, and the dialogue, even the procedurally-generated stuff, will adjust for male, female, etc.

There are a ton of changes that came in, but here's the cool stuff you might care about! 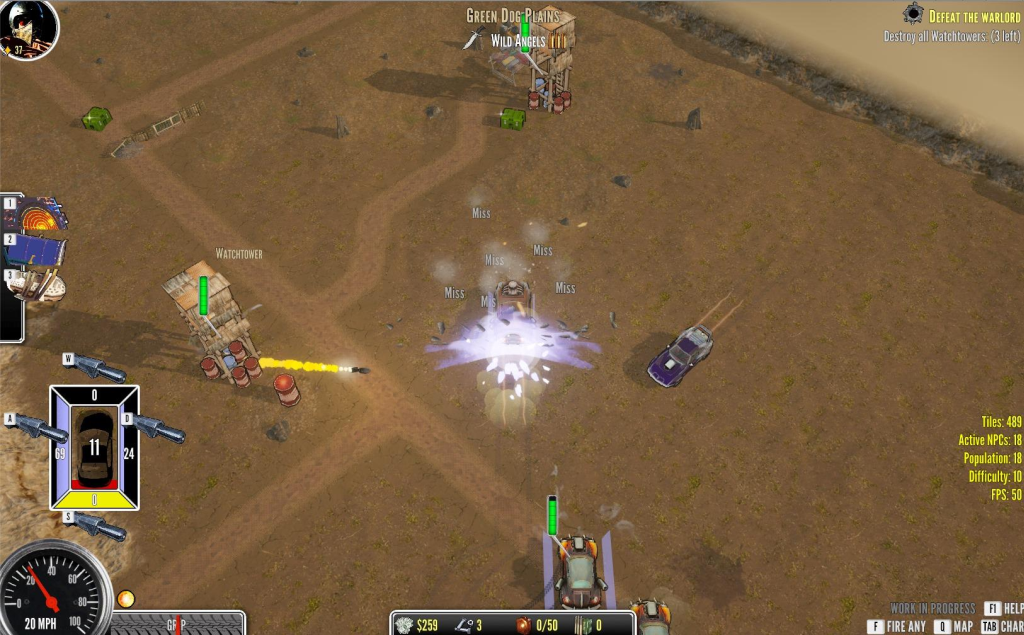 This coming month will be all about adding variety and continuing to improve the interface.  Stay tuned!