Some great advances in Auto Fire over the last month!

All entities now have conditions that can be inflicted by various elements on the field.  These are displayed as icons above targeted enemies.  Not only will sustained fire or evasion be noted, but blindness caused by smoke and the skidding caused by oil.

Spinning can be inflicted on a vehicle that tries to turn when skidding in oil.  This will cause them to spin out, so be careful around the stuff, especially in cities.

Finally, some new datafile definitions have allowed the weapons to become more more balanced, and with the combat calculations enemies now have a real chance of missing the player if they keep their speed up. 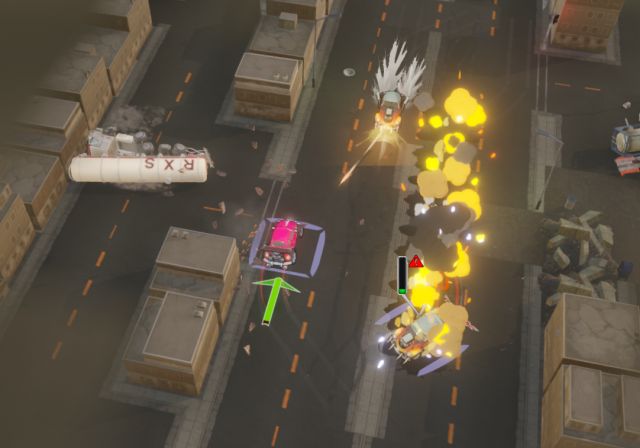 Some new weapons features have been added, including burst radius, arc attacks, and line effects.  This has allowed there to be new weapons such as Scatterguns, as well as a vastly superior set of burst and line flamethrowers.

New rocket code has been added which gives them an entirely new look.  I was inspired enough to add large blast rockets and pummeling salvos of mini-missiles to be available for salvage or sale.

Some additional improvements have been put forth in controls:  dropped equipment (via the 1-4 keys) can now be aimed, and must be confirmed to deploy, allowing the player to preview their effects.

The ruined cities of Auto Fire are an important part of the feel of the game, and are in deliberate contrast to the classic Mad Max-style open desert areas.  However, they were too confined and suffered from too many dead ends.  A round of bug-fixes and tuning has turned cities into areas with many two-lane roads and a lot of loops...  Not many dead-ends exist anymore.  The map is easier to get around it and you can gain a fair amount of speed if you know what you're doing. 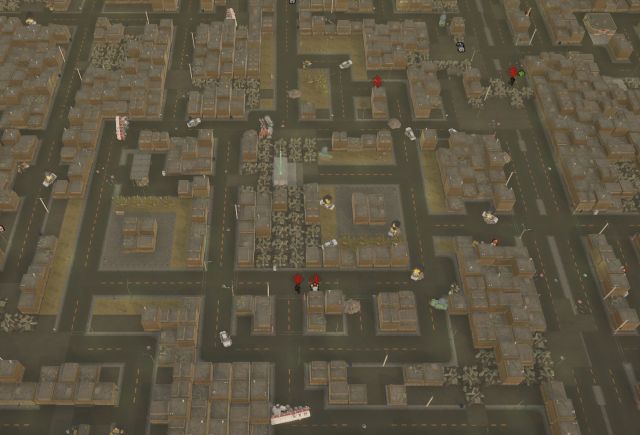 The UI for targeting has taken a small overhaul, which better paved the way for arc attacks as well as displaying each opponent's condition during the fight.

More importantly, there is a settings menu accessible via the ESC key that allows you to change the relative sound effects volume and the music volume.  There's even a Quit button (Finally!  Sorry it took so long!)